In previous posts, I did discuss the importance of planning and design as well as details on the physical wires to be used.

Here, I’d like to focus on two types of schematics which are not only very useful, but also mandatory for doing the electrical wiring for a Belgian house: the one-wire diagram and the floor plan.

The one-wire diagram is an easy representation of all of the circuits and its related consumers and actors in an electrical installation. As its name implies, it does not show each of the individual wires of the installation but rather how the cables are laid out logically. Initially, this diagram seemed a bit strange to me in the sense that it seems overly simple and does not take the different conductors into account, i.e. the neutral, phases, earth wire … From the point of view of an installer, this diagram actually does make a lot of sense and includes all the details you need.

Note that I no longer make the distinction between push buttons and relays, as was the case in the previous posts.

According to my local regulations, it is not required and even discouraged to include low voltage wiring on the one-wire diagram since it adds to the overall complexity of the diagram. This does have some implications on the representation of light-related circuits though.

For my setup however, none of the lights are directly connected to the push buttons as these run on their own circuit of 24VDC, which is not on the diagram. Given the push button assignment is controlled by software, it might not even make sense to include them in this diagram. As for safety, since the push button is nowhere near the physical mains voltage cabling, this obviously much safer.

To illustrate, here’s a small annotated (red) part of my installation’s one-wire diagram: 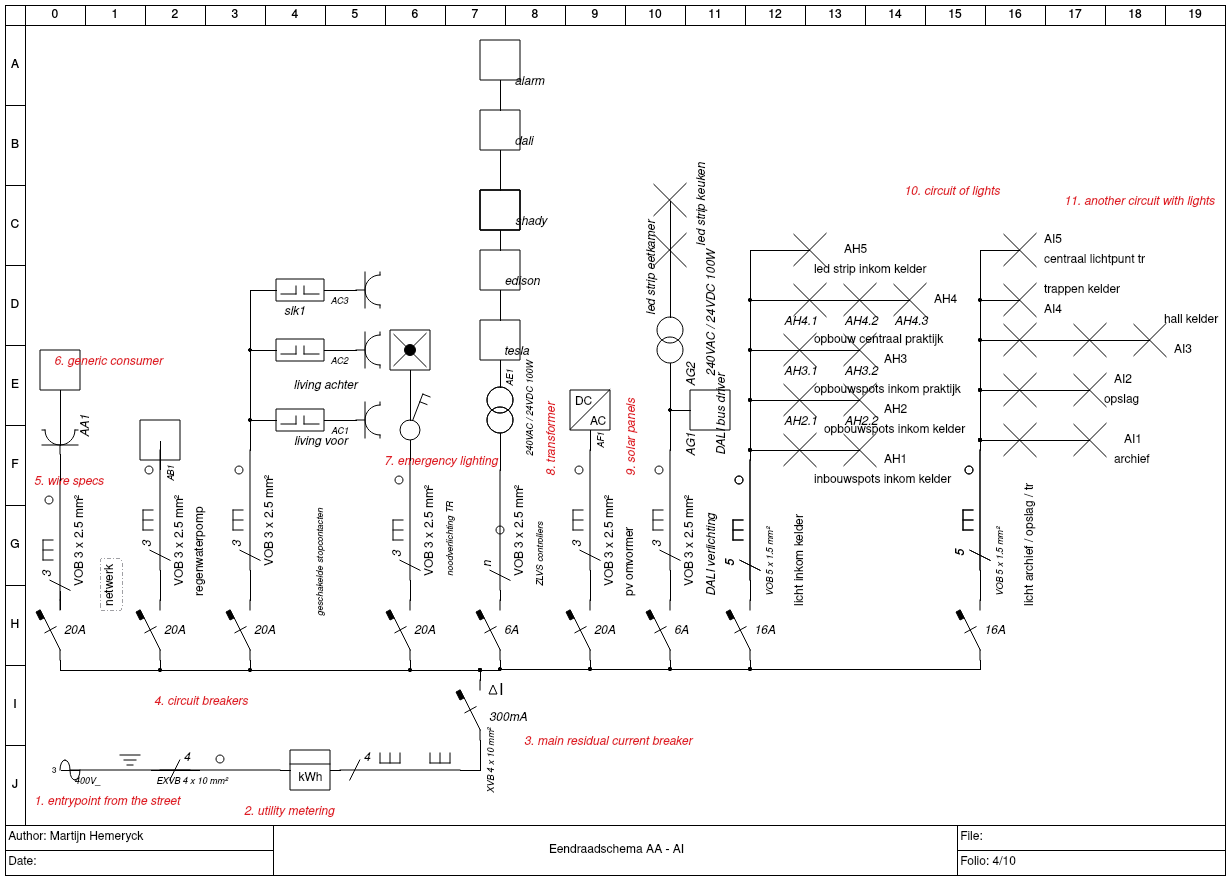 Next to the one-wire diagram, there’s an additional diagram that lays out the circuits and their consumers on a floor plan. Low voltage wiring is also not required for the official floor plan, but it does make sense to have it mapped out somewhere, even if that would be on a separate diagram. The push buttons are obviously also on this plan. 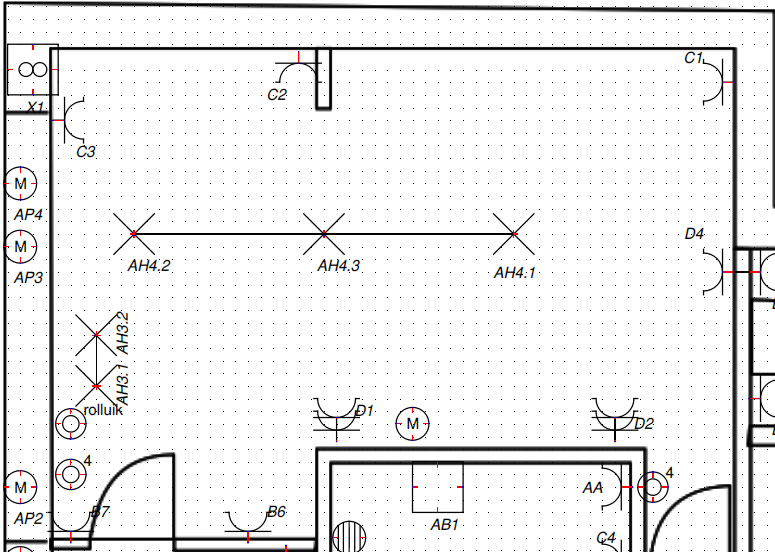 Essentially, it just re-uses the numbering from the one-wire diagram presented earlier, so I won’t discuss these further.

Even though these diagrams only represent part of the information, they proved to be really valuable to me along the way: